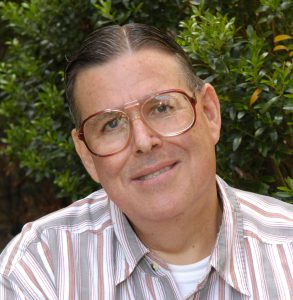 Dr. Paul V. Loiselle is an enthusiastic aquarist of 50 years’ experience. During the course of his career, Paul has had the opportunity to study cichlids in Madagascar, West Africa, Lakes Victoria and Tanganyika, Haiti, Mexico, Central America, and the Peruvian Amazon. Emeritus Curator of Freshwater Fishes at the New York Aquarium, he is actively involved in conservation programs focused on the fishes of Madagascar.

Paul is co-chair of the I.U.C.N.’s Madagascar Region Freshwater Fish Specialty Group. He represents the New York Aquarium on the Association of Zoos and Aquarium’s Freshwater Fish Taxa Advisory Group, and serves as a scientific advisor to the Lake Victoria Cichlid Species Survival Program and the Madagascar Faunal Interest Group.

A founding member and Fellow of the American Cichlid Association, an Honorary Fellow of the Association France Cichlid and a Life Member of the North Jersey Aquarium Society, he is an internationally published author of numerous articles on the care and breeding of ornamental fishes and such books as The Cichlid Aquarium, Your Garden Pond, and The Fishkeeper’s Guide to African Cichlids.

The inspiration for the creation of CARES and an eminent and highly respected ambassador for fish conservation, Paul has served as CARES Technical Editor of Freshwater Fishes, Madagascar Regional Coordinator, and CARES Speaker and Consultant since our inception in 2004. What great fortune conservation priority fish, hobbyists, and CARES have in you, Paul! A heartfelt thank you for all that you do!