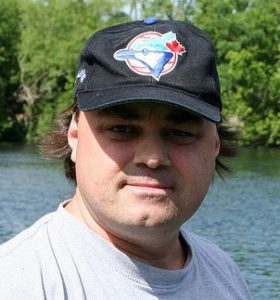 Throughout the history of life on earth, cycles of mass extinctions have occurred.  We know of at least five time periods that this has taken place.  Now, in our modern era, we are on the verge of another mass extinction event.  This one is not being caused by seismic activity or a rogue rock drifting through our solar system, this mass killing of species is being done by a single organism―humans.

Gone already are thousands of life forms we will never see again.  As our ignorance towards the complex webs of life becomes evident, man has not only pushed other organisms to the brink of extinction, but in doing so, has threatened his own survival as well.

The basic essential ingredient to survival as we know it is water.  Deforestation, climate change and pollution have altered fresh and saltwater resources dramatically.  Coral reefs are dying off at an alarming rate. Fish, sea mammals, and birds are perishing en mass with guts full of plastic refuge.  Lakes and rivers are drying up, polluted, diverted, and being populated with species that do not belong.  Over fishing and unsustainable harvesting of invertebrates and plants leave formerly pure waterways, once teeming with life, pools of stagnant dried up sewage.

Rio Santa María, Panuco drainage, the type locality of Xenoophorus captivus. The river is desiccated because of over exploitation of the water resources in the valley of Tamgamanga, San Luis Potosi. Photo by Juan Miguel Artigas Azas.

While massive destruction has already taken place to many waters, optimism must prevail.  We have proven that the disastrous effects of man’s greed can be reversed.  Areas that were considered inhospitable once again have emerging forests and pristine streams and aquatic life can be reseeded.  This is occurring with increased frequency. However, it in no way excuses the destruction of established ecosystems.  In order for reintroduction of species to occur to an environment, it must exist elsewhere. 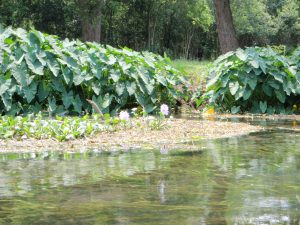 Aquarists have always been an enthusiastic group of people.  By the very essence of the hobby, we are concerned with the conservation of life, particularly aquatic life.  As the loss of naturally occurring species has taken place, the last refuge has been in captive maintained stock within our aquariums.  Several reintroductions of once native species have been accomplished from populations seeded with aquarium fish.  Whether it is for future reintroduction or to simply maintain a captive population of an organism that has lost its habitat, the role of the hobbyist is an increasing mechanism for species survival.

The CARES program allows for like minded hobbyists to take a serious role in species survival by collectively utilizing the tools of their hobby, knowledge, and breeding skills to ensure a future for these organisms.  The Priority List is an ever evolving document formulated by partnerships with other conservation organizations and experts in their respective fields.  This is a listing of species that should be given attention by the hobbyist who wants to become involved in species preservation.

Dedicate an aquarium and contribute to the long term survival of threatened and endangered species.