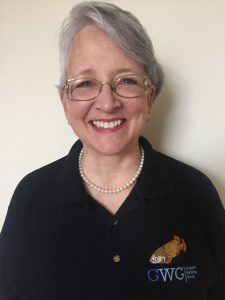 Leslie Dick is the current Chairman of the American Livebearer Association (ALA) and is a charter member of the North American Goodeid Working Group (NAGWG), as well as a member of the NAGWG steering committee. She is the CARES International Coordinator with the CARES Preservation Program.

Sitting on the Board of Directors of the Northeast Council of Aquarium Societies (NEC), Leslie has also been the chairman of the NEC’s annual conventions for the past eight years. She was awarded the Ray Massagli Award in 2010 for her dedication to her home club, the Danbury Area Aquarium Society (DAAS) and the aquarium hobby, and was the 2012 recipient of the NEC’s Betty Mueller Memorial Award, a lifetime award for her dedication to the NEC and the aquarium hobby.

Leslie has been involved in the conservation of at risk in the wild goodeids for the past seven years, ever since her introduction to them at an ALA convention auction. She maintains more than twenty distinct populations of goodeids in her fish room which are registered with the ALA’s SMP program, with CARES, and with the NAGWG.

In November 2014, Leslie was fortunate to attend the International Symposium on Fishes that was held in Morelia, Mexico, and the joint NAGWG and European GWG meeting. As part of that meeting, she visited the Fish Ark Mexico at the Universidad Michoacana de San Nicolás de Hidalgo and participated in several sampling trips, where she was able to observe goodeids in their native environments.

We are so fortunate for the energy and time that Leslie devotes to the aquarium hobby and for all that she brings to CARES in a variety of capacities such as our CARES International Coordinator. Thank you so much, Leslie, for all that you do for the hobby, conservation priority fish, and for CARES!